Please read our newsletter no. 18 delivered to residents and supporters below:

There were 63 letters of objection to this application by the deadline of the 4th April and we would like to thank all of our supporters who took the time to send in their representation. We now await the MSDC planning officers decision but a positive step was at a meeting on the 31st March the Burgess Hill Town Council unanimously voted to recommend this application be refused permission citing all of the reasons we gave in our objection letter below.

Sadly despite 107 letters of objection and a recommendation by the town council that this application be refused the MSDC planning officer concerned has recommended this for approval when it comes before the next MSDC planning committee meeting. This is extremely disappointing however, one of our committee we will be speaking against this at the meeting so we remain hopeful the councillors will decide to overrule the planning officer and refuse permission.

The long awaited site visit by the government inspector took place on the 31st March, apart from visiting the actual site the inspector also visited three properties in Hazel Grove to gauge for himself  the effect this development will have on them. SOFLAG believe this is a positive sign and we now await the inspectors decision which should be announced within the next month.

Omega Homes Appeal to Planning Inspectorate To Build Nine Houses on the site of the Blenheims, Keymer Rd and Dormers in Broadlands

Despite the fact this appeal was lodged six weeks before the one by IndigoScott there is still no news as to when the government inspector will carry out a site visit. This is a bit of a concern as we believe the case against this application is clear cut and comprehensive. We can only hope the inspector isn’t minded to accept Omega’s claim they were treated unfairly by MSDC as that would be a total travesty.

The Neighbourhood Plan will be presented and discussed at the Annual Town Meeting at Cyprus Hall, Cyprus Road, on Wednesday 9 April 2014  at 19.30 hours. SOFLAG committee members will be attending.

The SOFLAG committee would like to wish all our supporters a Merry Christmas and a Peaceful and Happy New Year in 2014, please click on the link below to see a review of the planning year in 2013. 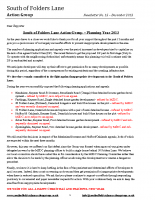 Please read our update emailed to all our supporters: 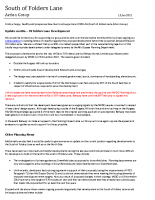